Over the last 35 years the neuroscience research on mindfulness practices has shown not only does mindfulness reduce the grey matter of the amygdala, the part of the brain that keeps us in a stressful state of flight/fight/freeze, but it also increases the grey matter of the pre-frontal cortex, which improves executive function, self-compassion, and emotional regulation.

According to Mindfulness Research Monthly(Black, 2010), neuroscience research on the benefits of mindfulness has become more prolific. In recent years there has been a surge in NIH-funded research trials in the U.S. In 2008, even the U.S. Department of Defense began using mindfulness practice as part of its treatment for post traumatic stress disorder (PTSD). According to Black (2010), a meta-analytic review by Sawyer, Witt and Oh in 2010 found that mindfulness-based therapies had a dramatic effect on improving both depression and anxiety. Research is currently being conducted or has recently been completed on the effectiveness of mindfulness practices in youth.

There is now evidence to show the impact which mindfulness has on the prefrontal cortex and interconnections involved in attention, working memory, executive function, emotional and behavioral regulation, all of which are of relevance to academic, psychological and social well-being and the success of youth today. Several more prominent school-based interventions (Napoli, 2002; Napoli, 2004; Napoli, Rock Krech, and Holley, 2005; Rechtschaffen and Cohen, 2010) focused on mindfulness training for elementary school students. Linda Lantieri’s work in New York City after 9/11 with children in crises culminated in interventions for students and teachers (Lantieri and Goleman, 2008). Willingham (2011) notes that teachers who use emotion regulation skills in their classrooms can improve the self-control capacities of their students. 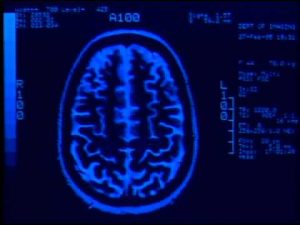 Jon Kabat-Zin stated in an article in Mindful, February, 2014,

“The brain science has become very rigorous. A lot of credit obviously goes to Richie Davidson in his lab at the University of Wisconsin-Madison and the Center for Investigating Healthy Minds. Their work is unique and focuses on both basic science and translational research, which takes place in real-life settings such as Madison’s public schools.”